The Sentiero dei Ducati on foot

Go to the path

At least 11 stages, almost 160 km, over 7,000 meters of ascent and 7,300 of descent, from just 150 m. above the sea in the Matildic village of Quattro Castella to over 1,200 m. of the Lagastrello Pass . Then down again up to Luni, an ancient Roman port near the Tyrrhenian coast. An exciting, uninterrupted chasing of vineyards, castles, woods and crops, ancient small churches and stone made villages, fresh streams, beech forests, ancient chestnut trees, squat or more daring peaks until to guess, beyond the horizon, a distant sea, but reachable one day. Stitching together all this variety of landscapes, a common thread: a long path to follow at the slow pace of the wayfarer, at one’ own rhythm and at that of some trusted companion. Discovering, day after day, one of the most spectacular corners of the northern Apennines, perhaps among the richest in historical remains, always immersed in the profound silence of a primeval nature, often in total loneliness, very far from the crowds that now flood the most traveled trails.

The Sentiero dei Ducati by bicycle

Go to the path 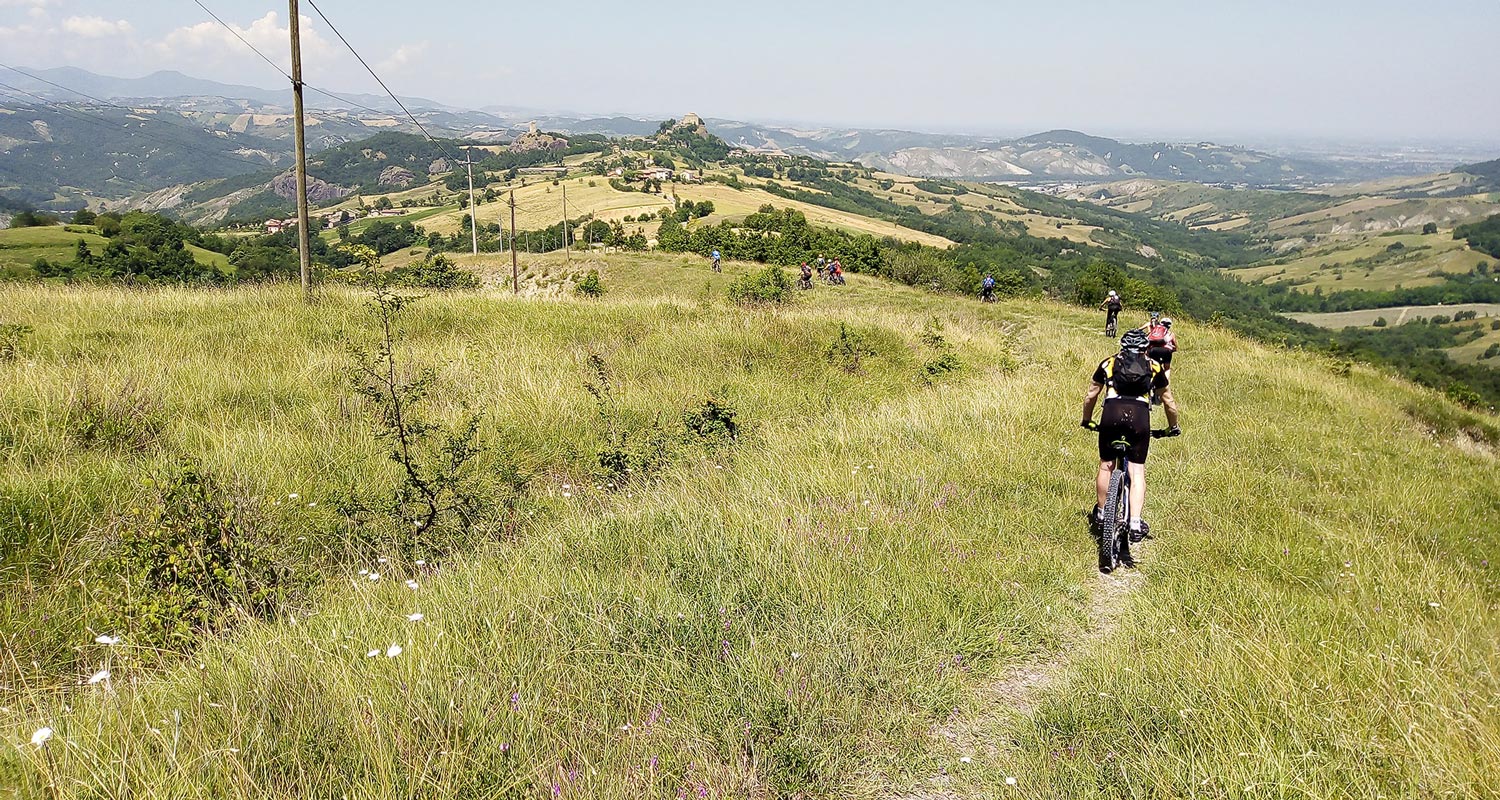 The extraordinary novelty of the new Ducati Path: two itineraries, one for Mountain Bike and the other for Gravel, which in 6 stages chases and entwines with the trekking itinerary, sharing many of its intermediate stages. An extraordinary ride, from the plains to the sea, touching some of the most impressive massives of the Tuscan-Emilian Apennines, until reaching the Apuan Alps foothills. Many Country roads, mule tracks, paths and adrenaline “single-track”, but also quiet, safe and traffic-free mountain roads suitable for bikers wishing to enjoy this magnificent area.

The places of the ducati

A a crested castle or, perhaps, the typical “skyline” of an Apennine village with its characteristic “tower houses”. Then two lines of different colors, as two are the regions crossed, Emilia and Tuscany. In the Sentiero dei Ducati new logo is all the essence of this magnificent path, a route that crosses wonderful but still hidden places: from the Matildic castles, perched on the gentle hills overlooking the Po Valley, to the impervious mountain chains of the upper Apennines, then in Lunigiana with the Malaspina castles, passing through countless villages, enchanting parish churches, bridges and towers until reaching the ancient Luni, important Roman port on the Tyrrhenian Sea. The Ducati Path is a casket full of precious jewels.

Go to News and Events

Due to the COVID-19 emergency, ordinary and extraordinary maintenance works have been suspended for a few months so it is not possible to exclude the presence of hidden sections or with some other transit problems (fallen trees, landslides and mudslides).

If you encounter such situations, please notify it to the Italian Alpine Club of Reggio Emilia at the following email address: info@caireggioemilia.it

Attention: even the catering and accommodation points may temporarily be closed or have restrictions. We therefore recommend that you contact them in advance.