Walking through History: Man and Nature meet in Emilia & Lunigiana

A trail within nature

A long journey in the heart of the Tuscan-Emilian Apennine National Park, the climatic, agri-food border between continental and Mediterranean Europe, meeting all the vegetation belts of the Apennines and with them the geological layers that have shaped the features of this extraordinary territory, sometimes mild and hospitable, rocky and wild elsewhere, carved by streams and engraved with badlands. In the Emilian section alone, il Sentiero dei Ducati crosses: 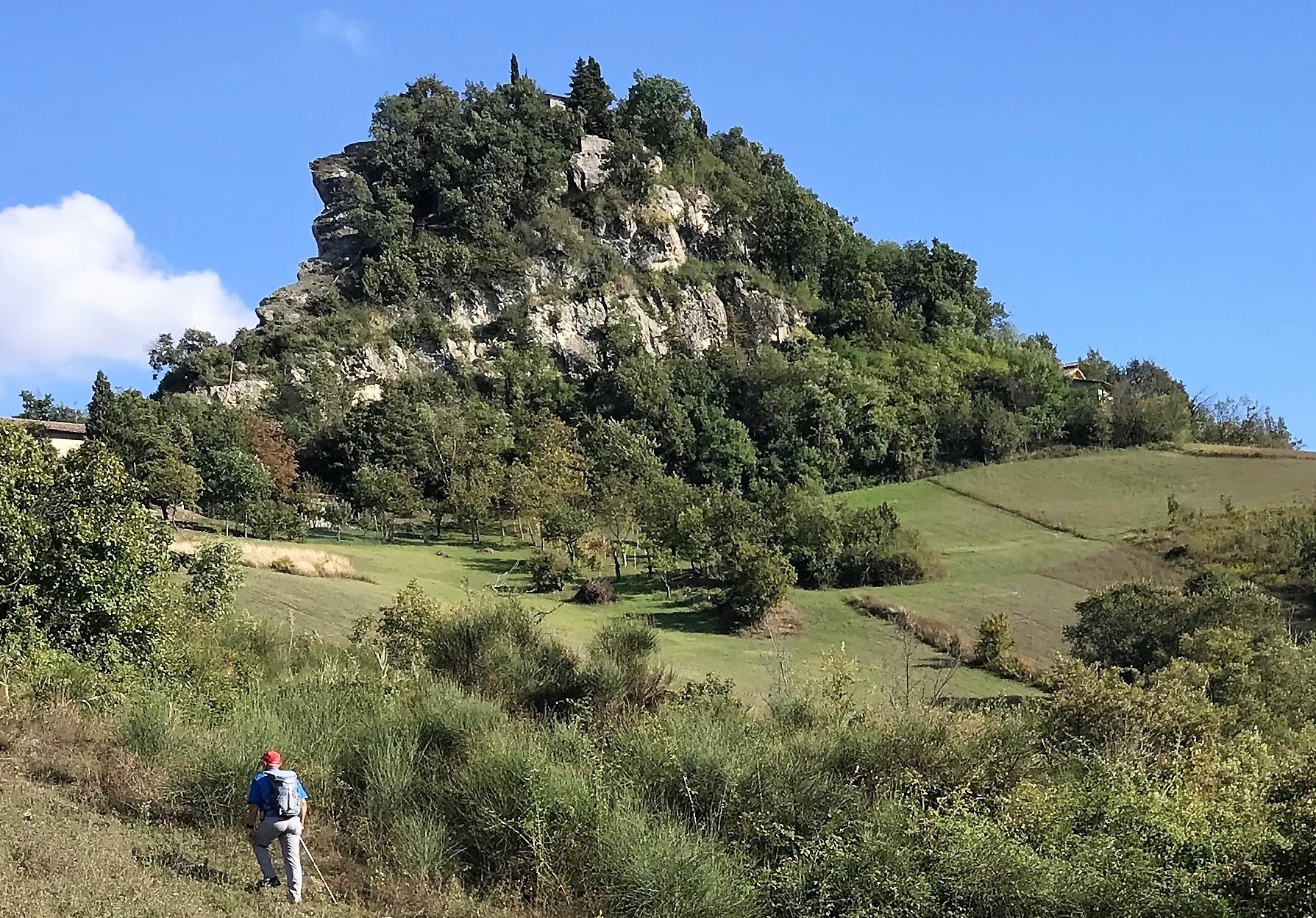 The Sentiero dei Ducati crosses a territory theater of events that have marked the history of Europe and Italy.

The “Sentiero dei Ducati” owes its name to its contouring the ancient borders which, from the XVI century, separated the Estensi Duchy of Modena -Reggio from that of Parma -Piacenza as well as from the territories of Tuscany. Meandering and intersecting, modified several times by history, these borders were also “international” at the time when they divided the French empire from the Kingdom of Italy. But it is certainly not only since the time of the Duchies that the trail has preserved remarkable traces. In fact, the trail traces follows ancient routes which, since old times have been joining the Tyrrhenian Sea to the Po Valley and the Adriatic, through the valleys of the Enza and Magra rivers. These routes were traveled by soldiers and knights, merchants and churchmen who have left everywhere, over the centuries, extraordinary monuments of their passage. Among those traces, stand out menhir statues which in Lungiana testify to a megalithism common to many pre-protohistoric populations of Europe. Or the protohistoric site of Monte Lulseto, in Reggio Emilia, perhaps dedicated to the veneration of Fertility and Mother Earth, recently discovered by the Scientific Committee of the CAI. 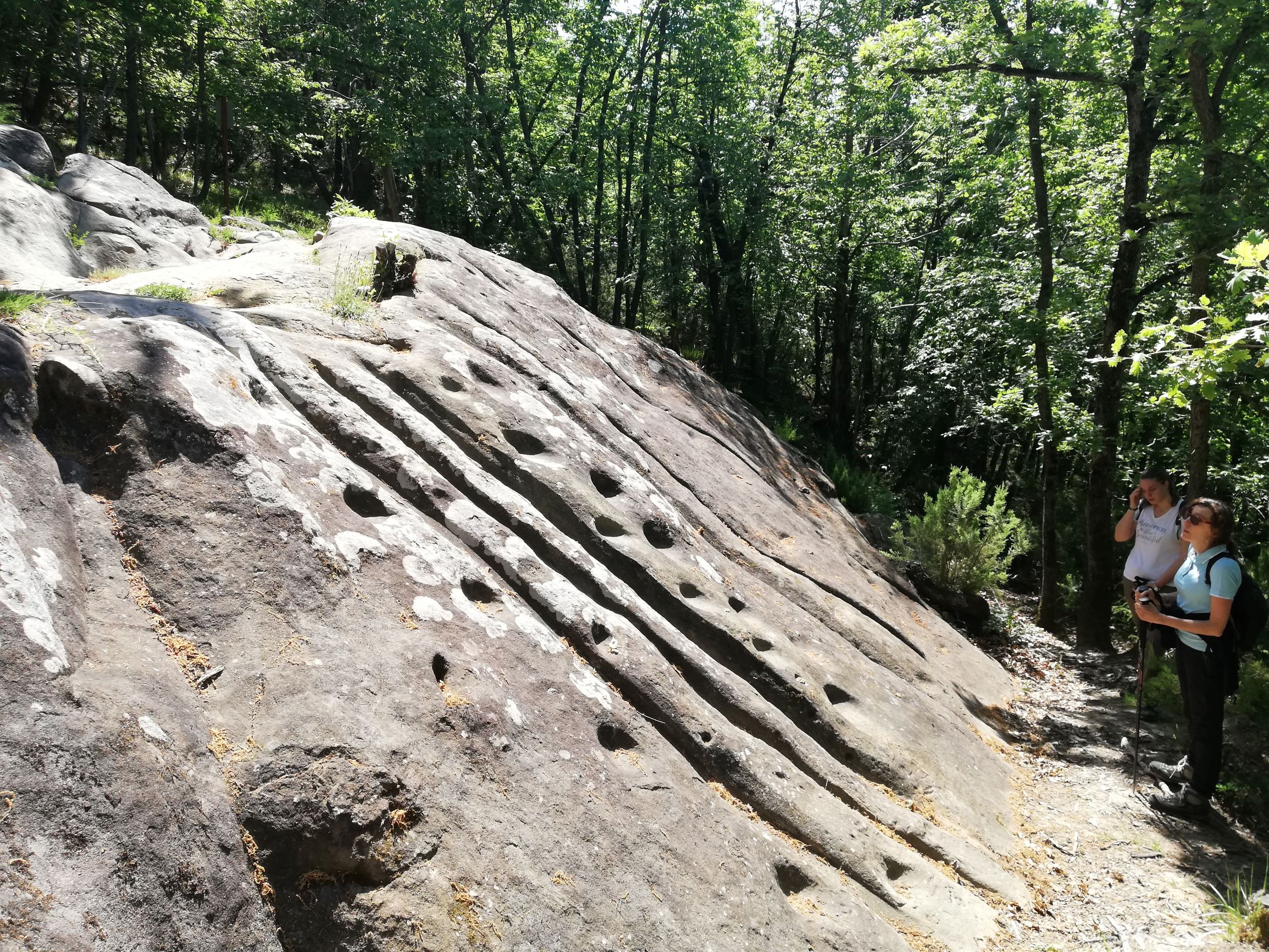 Moreover, the many remains of ancient Etruscan and Roman settlements and the castles of the “Da Canossa” family, among which towers the one which is a symbolic place of the Middle Ages where in the freezing winter of 1077 in the presence of the great Matilda, Emperor Henry IV kneeled in front of Pope Gregory VII, marking forever the fate of Europe. Besides, in Lunigiana, the many villages founded and castles erected by the noble Malaspina family, descendant of the Obertenghi, later fragmented and contended by the branches of the family itself (the “Spino Secco” and the “Spino Fiorito”, the “the Dead Branch” and the “Blooming Branch”). The Malaspina also often contended their territory with the bishop of Luni, the Genoese and the Florentines. They also intervened in the internal wars of the Florentines, Guelphs and Ghibellines, and hosted Dante several times during his exile in Lunigiana, so that the “Supreme Poet” in its VIII Canto of Purgatory speaks to Corrado Malaspina the Younger, expressing gratitude towards his family. And last, just before the shores of the Tyrrhenian sea, the traveler reaches the ancient fortress of Sarzanello, also known as the Fortress of Castruccio, with its moats, imposing walls and impressive architectural features. Just after, the delightful, lively fortified town of Sarzana meets the traveler with its tower house of the Bonaparte, a Sarzanese patricians from whom Napoleon Bonaparte descended. Not far, the magnificent Luni, an ancient and very important Roman port on the Tyrrhenian Sea, of which vestiges still remain preserved in the local museum and archaeological area. 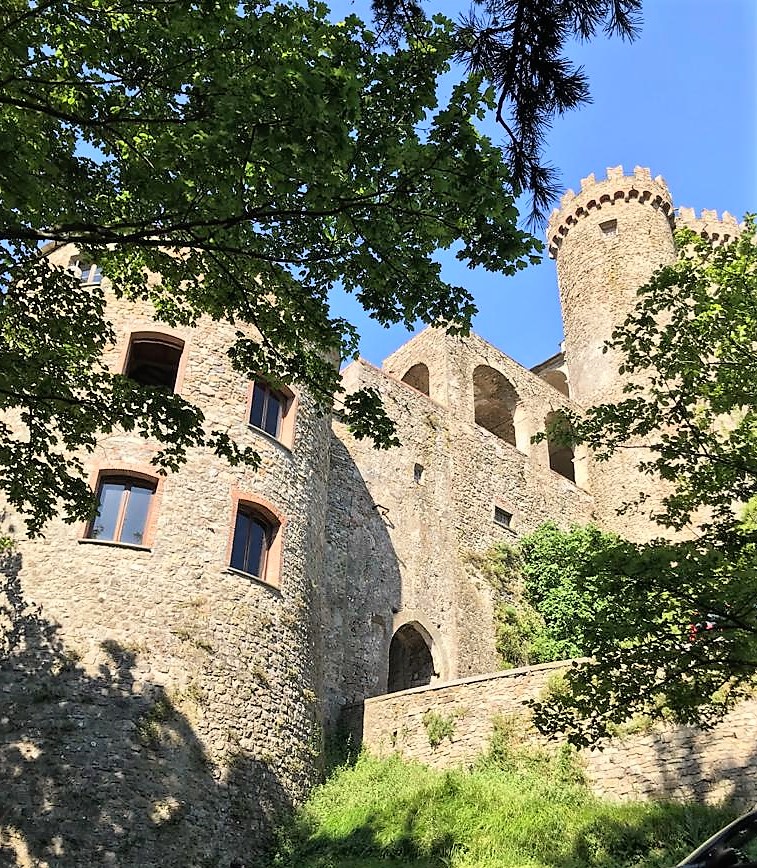 Connections with other Trails

The Sentiero dei Ducati is a hiking axis that connects other important routes and paths, contributing not only to expanding the network of Trails in Emilia Romagna but also acting as a link with long distance transregional and transnational paths.

The Ducati Trail intercepts the Via Francigena in Luni after having first crossed the Via Matildica del Volto Santo in the Emilian territory and then the Via dei Linari at the Passo del Lagastrello. But not only: in the territory crossed by the Sentiero dei Ducati, the ancient paths that led to Rome intersect and overlap with the more modern hiking itineraries. Among them the Lunigiana Trekking, the Sentiero Italia CAI  and the VENTO cycle path, just to mention the most famous ones. In addition, the widespread local network of CAI paths (only in the Reggio Emilia area of ​​1200 km) creates a very rich infrastructure for slow tourism, for those who love to walk or cycle on ancient tracks surrounded by an awesome nature and history.

The places of taste (food and wine aspects)

The Sentiero dei Ducati offers the traveler the opportunity to enjoy some of the most famous traditional cuisines in Italy, in a land known throughout the world also for its extraordinary food products.

In Emilia one can taste not only the gastronomic “stars” such as Parmigiano Reggiano, Traditional Balsamic Vinegar, but also Capelletti in broth, green and potato Tortelli, mushrooms, Pasta Ragia, Tagliatelle, Erbazzone, without forgetting all the other famous Emilian cold cuts enjoyed with fried “gnocco” and “tigelle” and accompanied by a glass of traditional Lambrusco. And to finish the famous “English Soup” (which despite its name has absolute Emilian origin), the Torta in Cantina (the Cake in the Cellar) and the absolute Reggio’s Torta di Riso (Rice Cake). 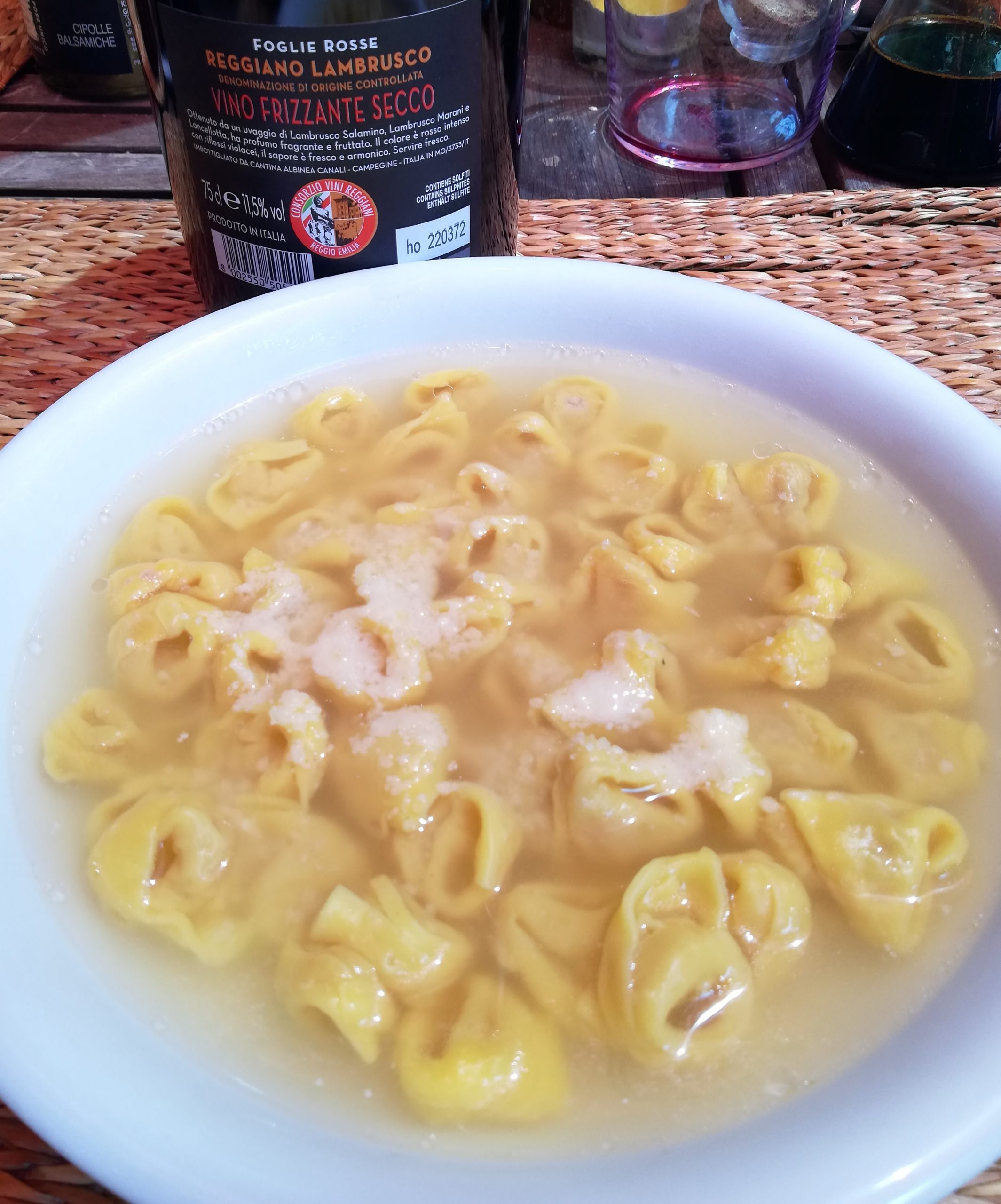 In Lunigiana, cuisine is instead the result of the fusion of different traditions from neighboring regions, in particular Liguria and Tuscany. Poor basic ingredients, such as the spontaneous herbs that grow in the area, are the basis of the delicious “Torta d’Erbi”, while flour, water and salt combine magically to make the “Testaroli”, perhaps the most famous pasta dish of Lunigiana along with the “Panigacci”, a kind of bread to be eaten with fresh cheeses and cold cuts. Noteworthy is Lamb of Zeri, a delicious roast dish with potatoes. As far as desserts are concerned, unavoidable not to mention “Buccellato” a raisin medieval bread and the indescribable and creamy “Amor Pontremolesi”.

Chestnuts, whose trees cover both sides of the Apennines, are then the undisputed protagonists of many dishes along the entire Sentiero dei Ducati.